Moira Finucane is a cross artform performer with a background in environmental science, gender and human rights advocacy, and club performance. Finucane’s transformative, courageous theatrical extravaganzas challenge audiences and have been performed to universal acclaim. She has toured the world since 2004 presenting transcendent, magical performances driven by the conviction that art can change the world.

This long-seated friendship expanded to encompass a professional twist in 2017 when Finucane delivered a part tour/part salon performance for the National Gallery of Victoria’s Intimate 8 series. Finucane requested a handmade gift for the participants and so the porcelain hearts were created. Each one was individually modeled and/or carved from porcelain. With relief texture and an elaborate process of brush decorating, line drawing, mark making and individual polishing these objects epitomise the handmade. These porcelain hearts] became an on-going project and are made periodically in small batches for Moira to gift to activists and courageous artists around the globe. 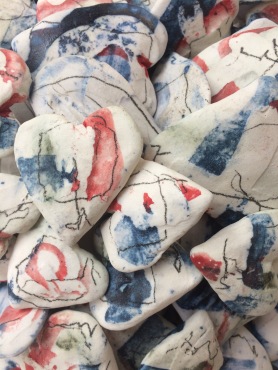 Moira also commissioned porcelain icicles which were created as part of a stage set for her Ice Queen in The Rapture (2018) and The Rapture #2 (2019) performed in Berlin, Prague, China and Melbourne. Some 500 icicles were individually hand modeled from porcelain in varying sizes and subsequently suspended to make the ice queen’s cave which has most recently travelled to China among other locations. Finucane was awarded the Miami Climakaze Award for outstanding artwork in climate justice for her latest performance. 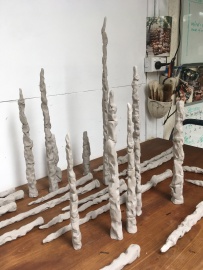 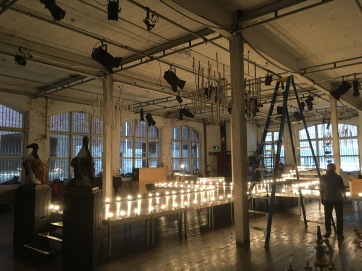 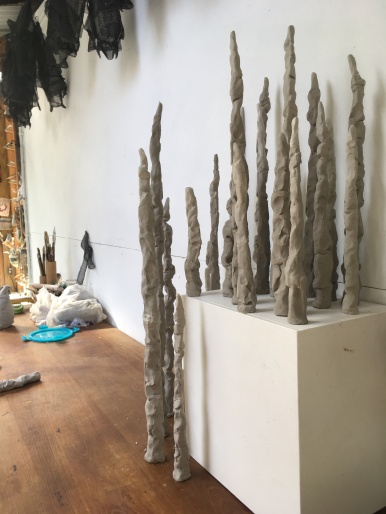 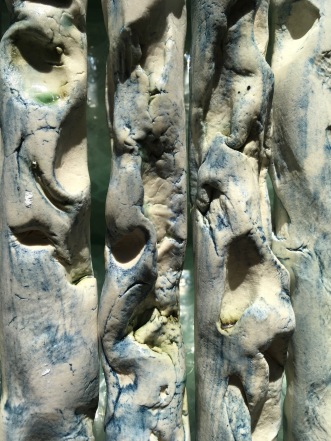 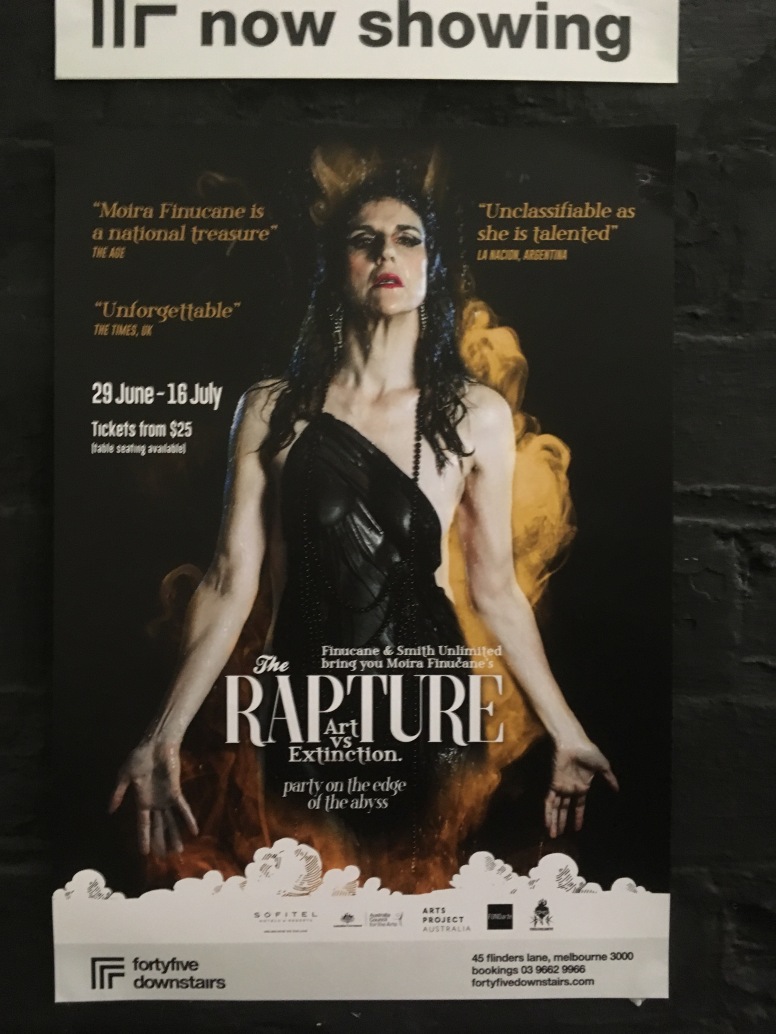 Intimate 8 at the NGV

Moira Finucane and the icicles. The Rapture, 2017.

Moira Finucane and the icicles.